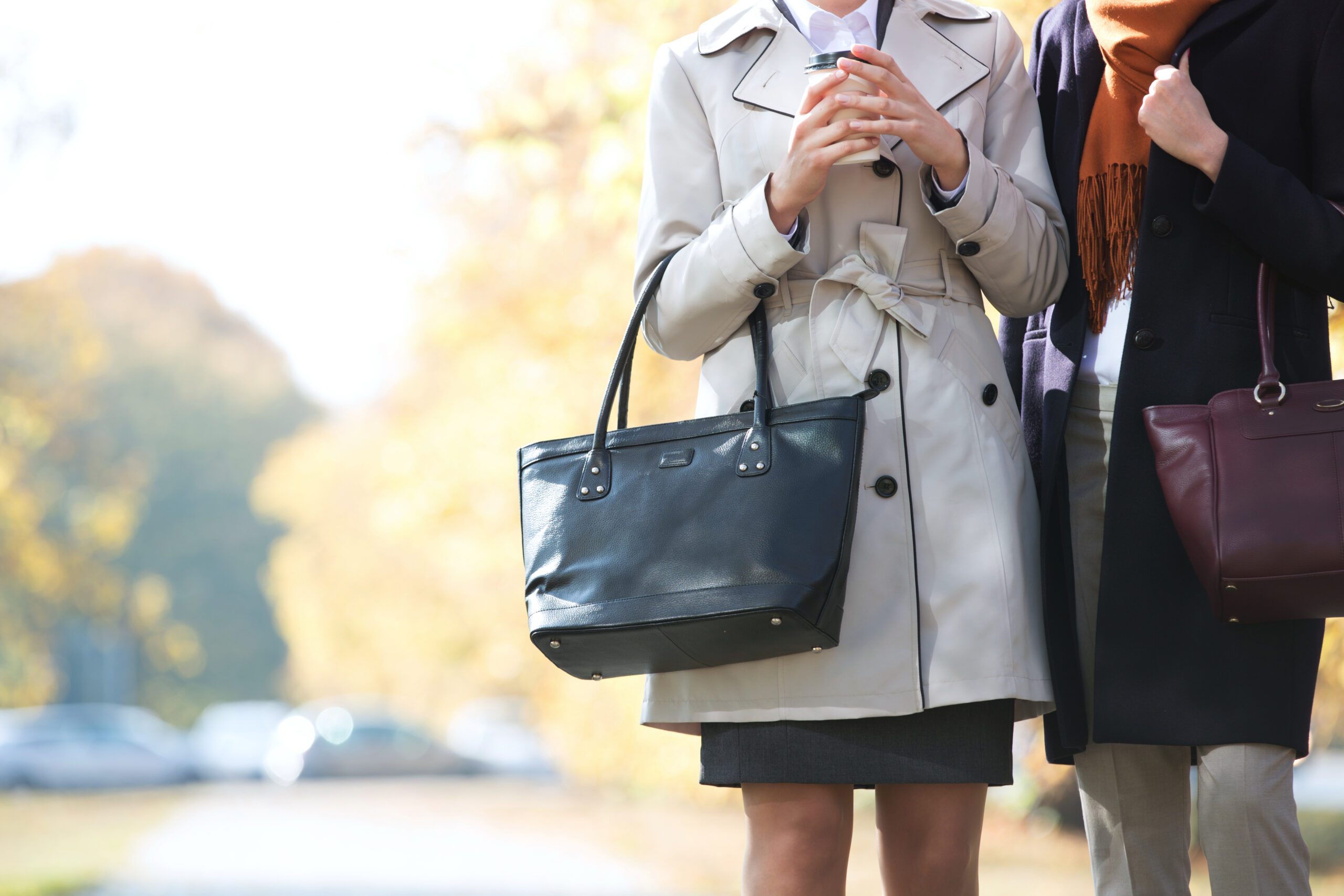 Many people equate purses with women and wallets with men, which raises the question, why don’t women use wallets—or, at least, why do we typically associate wallets with men, not women? I often think about this, but it wasn’t until I sat down and did a bit of research that I realized that there is a very complex and fascinating history surrounding the issue.

The short answer is that women do use wallets. How gender identities are expressed and reinforced has led many people to ignore this fact and instead associate femininity with possession of a purse. However, most women keep a wallet in their purse!

Exploring this seemingly mundane topic provided me with a fascinating opportunity to learn how gender roles and fashion intersect. The history of purses and wallets reveals quite a bit about how our society has distinguished and defined masculinity and femininity.

Researching this issue also led me into some surprising territory involving an absurd early-90s tabloid and a discredited psychiatrist! Whether you’re interested in learning about the social history of gender as it relates to wallets or simply curious about these more salacious details, you’re in the right place! In this article, I will share what I’ve learned.

History of the purse and wallet

Until the 15th century, both men and women carried purses—drawstring bags that served as an external pocket. In her book, Handbags: The Power of the Purse, Anna Johnson explains:

“Through the Middle Ages, bags enjoyed androgyny, set apart only by minor variations of ornament and contents peculiar to each sex.”

Over time, the precise kind of bag that was carried and displayed ended up communicating quite a bit about a person. While upper-class women came to carry an alms-purse, or almoner, which indicated their affluent status and ability to distribute money to the poor; peasants often carried shoulder bags, which Johnson says “implied a hard day’s work.” As Kimberly Chrisman-Campbell explains, wallets and purses have always had social, political, and economic dimensions wrapped up in their use.

Bags, more like what we now think of as purses, began to make an appearance in the 17th century due to changes in fashion. Rather than tucking their personal belongings into the folds and sleeves of their dresses, European women started carrying small bags tied around their waste. In the late eighteenth century, further changes to the design of women’s dresses resulted in the widespread use of reticules.

Shortly after this, in the first part of the 19th century, ‘wallet’ referred to a carrying case for bills. It seems to have originally come from an old Germanic word meaning a roll or knapsack, but in the 1830s, Americans started using it in the current sense.

It took a while for this to catch on, though. I found an 1867 novel, A Woman’s Secret by Caroline Fairfield Corbin, in which the use of the word ‘wallet’ had to be addressed since it couldn’t be presumed that readers would understand what it referred to. Fairfield Corbin has her narrator explain that one of the other characters uses the term as a synonym for ‘pocketbook.’

In the years that followed the introduction of the term ‘wallet’ into ordinary discussion, both men’s and women’s pocketbooks were referred to as wallets. Besides style and appearance, the chief difference was that men carried their wallets in their pockets while women carried them in their purses. It wasn’t so much that men had wallets and women did not. But instead, women had purses that held their wallets.

A Small Wallet For Your Cards

The symbolic nature of the purse

By the 20th century, it was widely accepted that a woman’s purse conveyed a great deal of meaning, and it was quite literally described as a part of her. The same was not said of a man’s wallet: it was viewed as a purely functional item, whereas a woman’s purse reflected her very being.

This is best illustrated in N. Gregory Hamilton’s book, Self and Others: Object Relations Theory and Practice. Hamilton recounts a conversation between a psychotherapist and a patient in which the patient explains:

A women’s purse is part of her. I mean it really is her. I don’t know if you understand. It’s not like a man’s wallet. Men have wallets, and they may care about them; but a woman’s purse is actually her.

A similar idea was expressed in an early 90s article from the dubious publication, the Weekly World News—a tabloid most famous for their absurd “bat boy” article. The psychiatrist, Sheldon Zigelbaum, speculated that the contents of a woman’s purse were an insight into her personality. “A woman’s purse is her private world,” he mused.

“While the outside of the purse is exposed, the items within and the way they’re arranged represent an intimate portrait of the owner.”

This is, of course, a very hasty generalization and should be taken for what it is: namely, unsubstantiated tabloid speculation. While Zigelbaum arguably expressed a widely held attitude and belief, there is no reason to suppose he hit on genuine psychological insight. Indeed, I would be very suspicious of anything he had to say about women since he was a womanizer who sexually abused a number of his patients. He had his license to practice medicine revoked in 1992, a year before the Weekly World News gave him a forum in which to pontificate on the secret significance of women’s purses.

The gender politics of wallets and purses

While it is probably obvious, it is worth pointing out that there isn’t any objective reason we should think of women’s purses as any more significant than a man’s wallet. The symbolic depth attributed to purses can be understood as part of the long-standing practice of describing men as rational and disinterestedly engaged with the world. At the same time, women are identified with their belongings and domesticity.

In light of all this, the sociologist, Tristan Bridges, argues:

“wallets and purses are a way of producing understandings of gender difference rather than as a natural consequence of differences.”

In short, by associating purses with femininity and wallets with masculinity, we reproduce and reinforce social distinctions between genders.

A Stylish And Long-Lasting Minimalist Wallet

Obviously, since the 1980s, some things have changed about this dynamic. We live in a time when fashion sensibilities are not restricted to women or thought to be only a woman’s concern. For as long as women have been concerned with fashion, so have men. Just think of powdered wigs!

While for many people, the stereotypical mental association remains “purse = woman” and “man = wallet,” a quick search of online retailers reveals that wallets are marketed to women and men.

Nevertheless, there continue to be material constraints on the types of wallets men and women most commonly utilize. The pockets in women’s clothing remain much smaller than those featured in men’s clothing. Moreover, many women continue to carry purses, making it unnecessary to use billfolds. Because of the social stigma against men using purses, men’s wallets must be carried in a pocket. For this reason, men tend to use billfolds, money clips, or minimalist wallets, whereas women’s wallets can continue to be full-sized pocketbooks that do not fold.

An interesting consequence of this is that men are much more likely than women to suffer from lower back pain due to sitting on wallets—a topic that we addressed in an earlier post.

As I suggested at the beginning, the proper response to the question, “Why don’t women use wallets?” is that the question is faulty. Women do use wallets. But the longer answer, as we’ve seen, is that the association of women with purses and men with wallets has deep historical roots, and it reflects the persistent effort to distinguish men from women. We make these associations and often overlook the fact that women use wallets. It says a lot about us and has nothing to do with the differences between males and females. 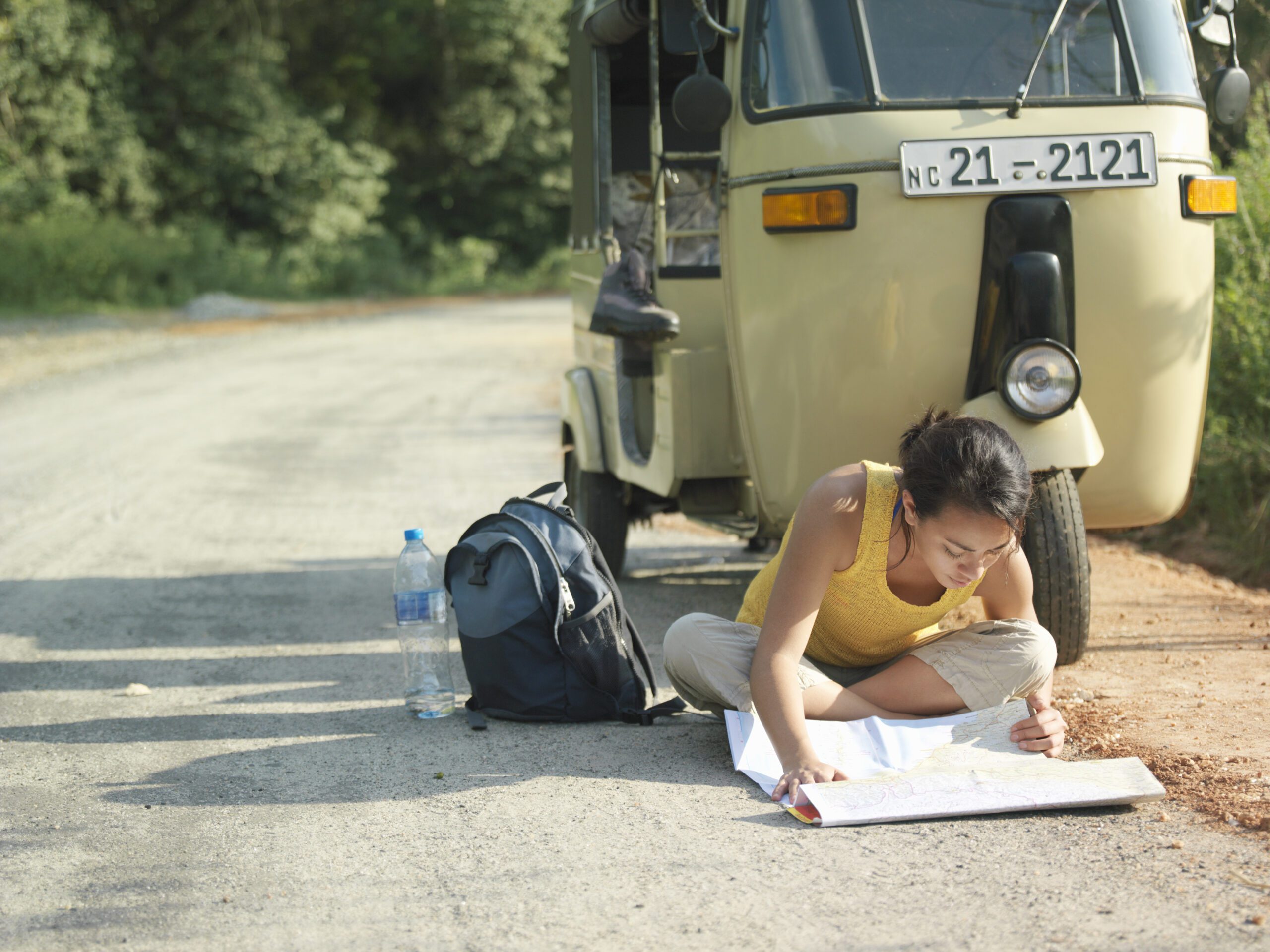 What To Do If You Lost Your Wallet

Do you know what to do if you lose your wallet? I didn’t! While I misplace my wallet all the time, I’ve only genuinely lost 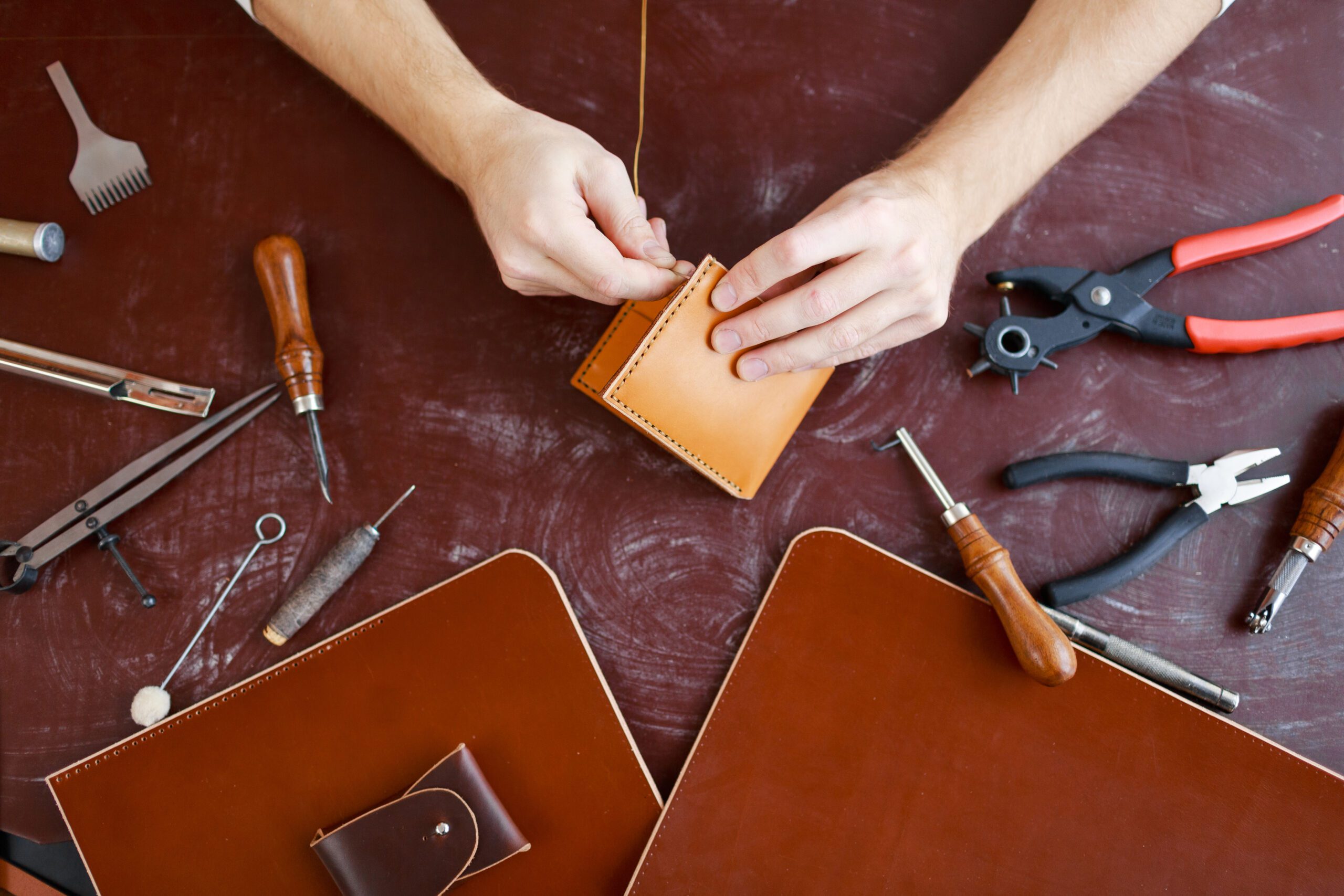 The leather goods market is surging, and market analysts project that this will continue since more and more people associate personal leather accessories with luxury

Many people equate purses with women and wallets with men, which raises the question, why don’t women use wallets—or, at least, why do we typically 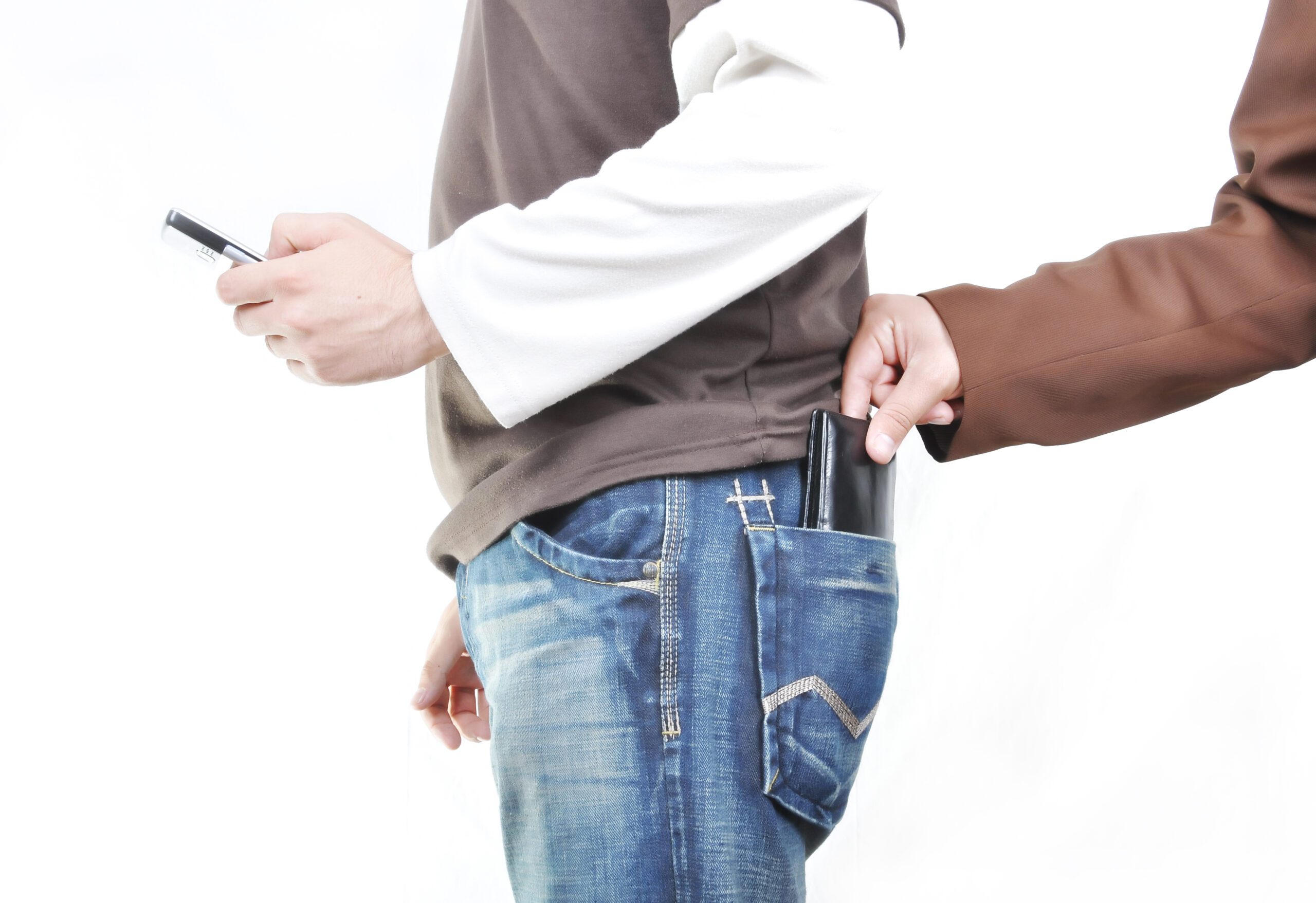 While it is not the proverbial “oldest profession,” there have probably been pickpockets for as long as there have been pockets to pick. Crowded and 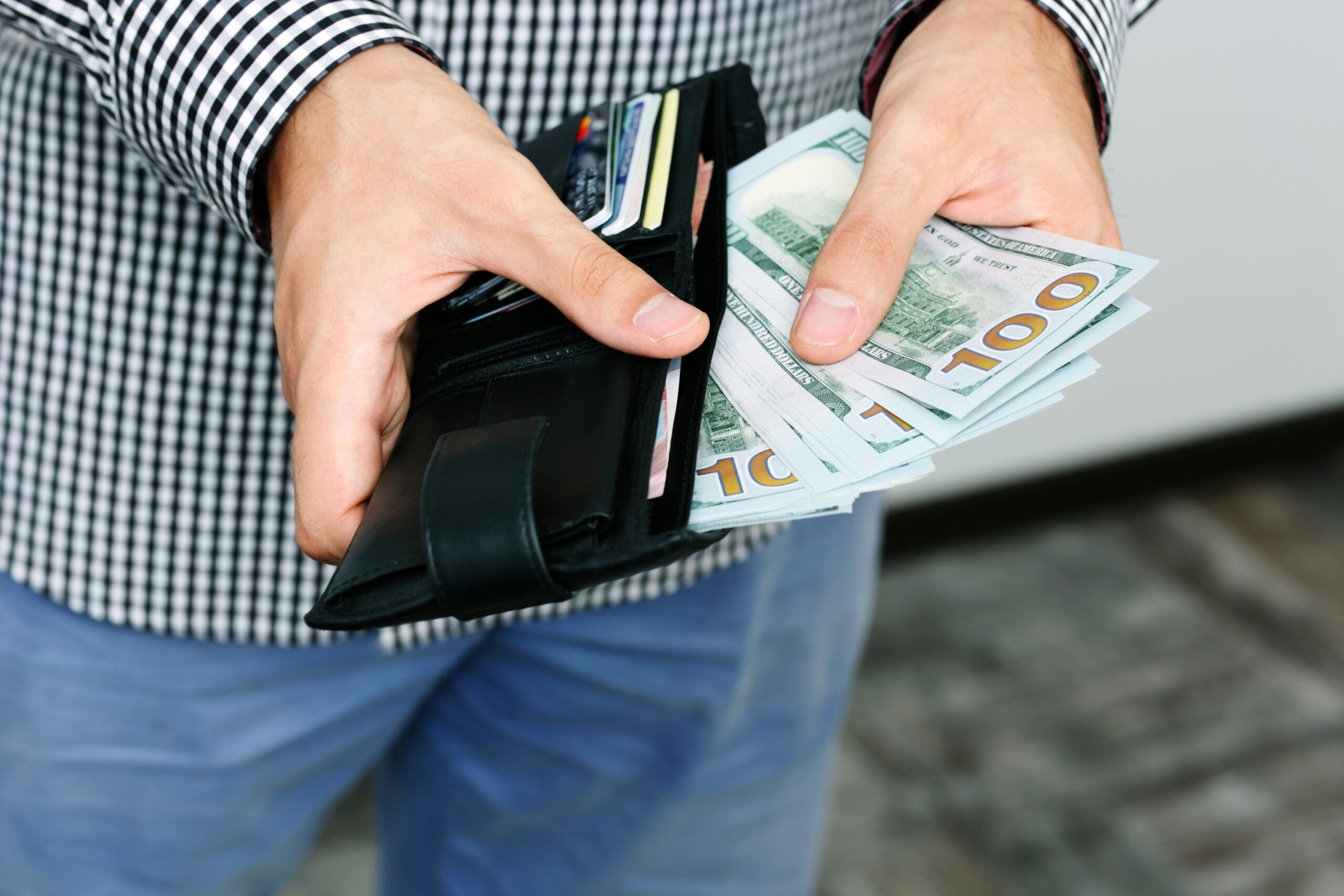 Some of the slimmest and most elegant bifold wallets now have embedded magnets, which allows them to serve as a money clip. Many of them 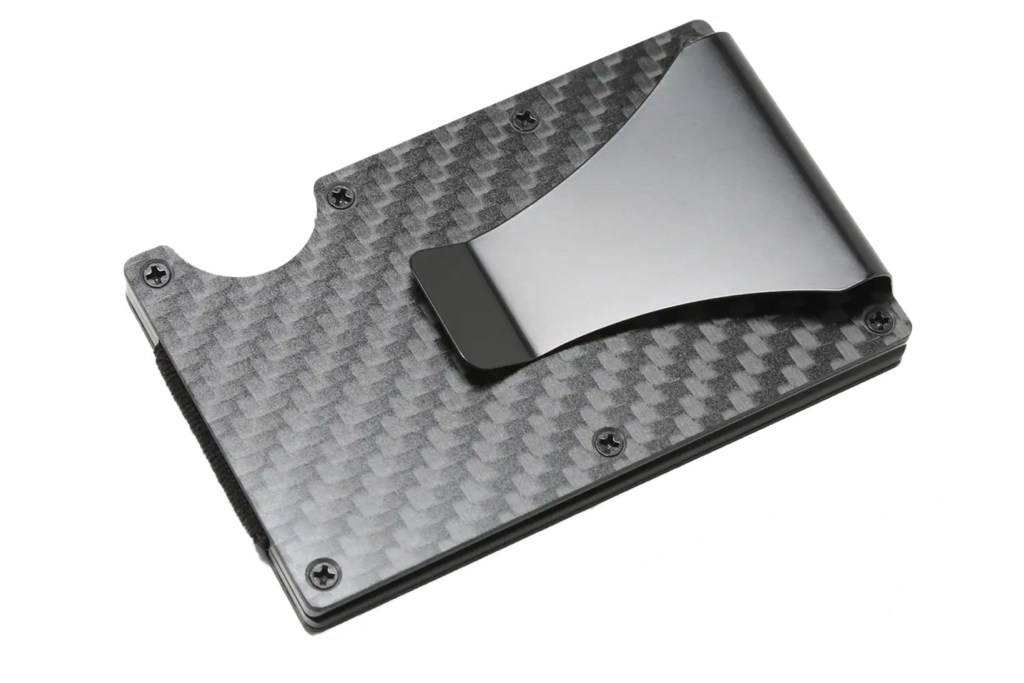